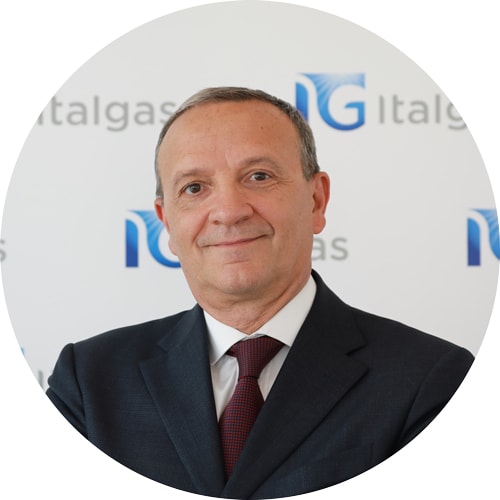 Paolo Bosato graduated in Economics and Commerce from the University of Turin.

He was hired by Italgas in 1987 and built up his career in the area of auditing activities and internal control in the Italgas Group, listed on the stock market. He carried out all the roles expected of the professional figure of auditor, with increasing responsibilities (junior, senior, team leader, manager). He was head of the Internal Audit department of the Italgas Group from 2001 to 2009, reporting directly to the Chairman, coordinating auditing and supervisory activities pursuant to Italian Legislative Decree 231/01.

For over a decade, from 2004 to 2016, he served as a member of the Supervisory Bodies pursuant to Legislative Decree 231/2001 in several companies of the Italgas Group (Italgas, Napoletanagas, Fiorentinagas, Slim Sicilia, Italgas Più) and of the Snam Group (Snam Rete Gas, Stogit).

From 2009 to 2013, as part of the Snam Internal Audit department, he was in charge of the Separate Evaluations activities envisaged by the Corporate Reporting Internal Control System pursuant to Italian Law 262/2005. He was also responsible for the management of channels for reports received, including anonymous ones, and was in charge of preliminary activities necessary for appointing the independent auditing firm. In this period, he maintained relations with the Control Bodies of the various investee companies for the activities for which he was responsible.

From 2014 to 2017, within the Internal Audit department first at Snam and then at Italgas, he was responsible for the Group’s operational, compliance and financial auditing activities. In this role, he defined and subsequently implemented the Audit Plan based on risk prioritisation at Group level.

From 2017 to 2019, he was in charge of Market Management activities in the Italgas Reti Commercial Development Division.