Home » Our Group » Our history » Flammarion. The artwork of the master Oliviero Rainaldi in Turin

The artwork of the master Oliviero Rainaldi stands out over Turin.

In December 2021 the renewed Italgas Turin headquarters in Largo Regio Parco was inaugurated. On that occasion, to celebrate and strengthen the historical bond with the city of Turin, the artwork “Flammarion” created by the artist Oliviero Rainaldi was presented.

“Flammarion” is a work full of symbolic references that recall the flame – historical symbol of Italgas – and the concept of constellations as a set of celestial bodies distributed in space, according to a geometric scheme studied and disemminated by the astronomer Camille Flammarion at the end of the 19th century. 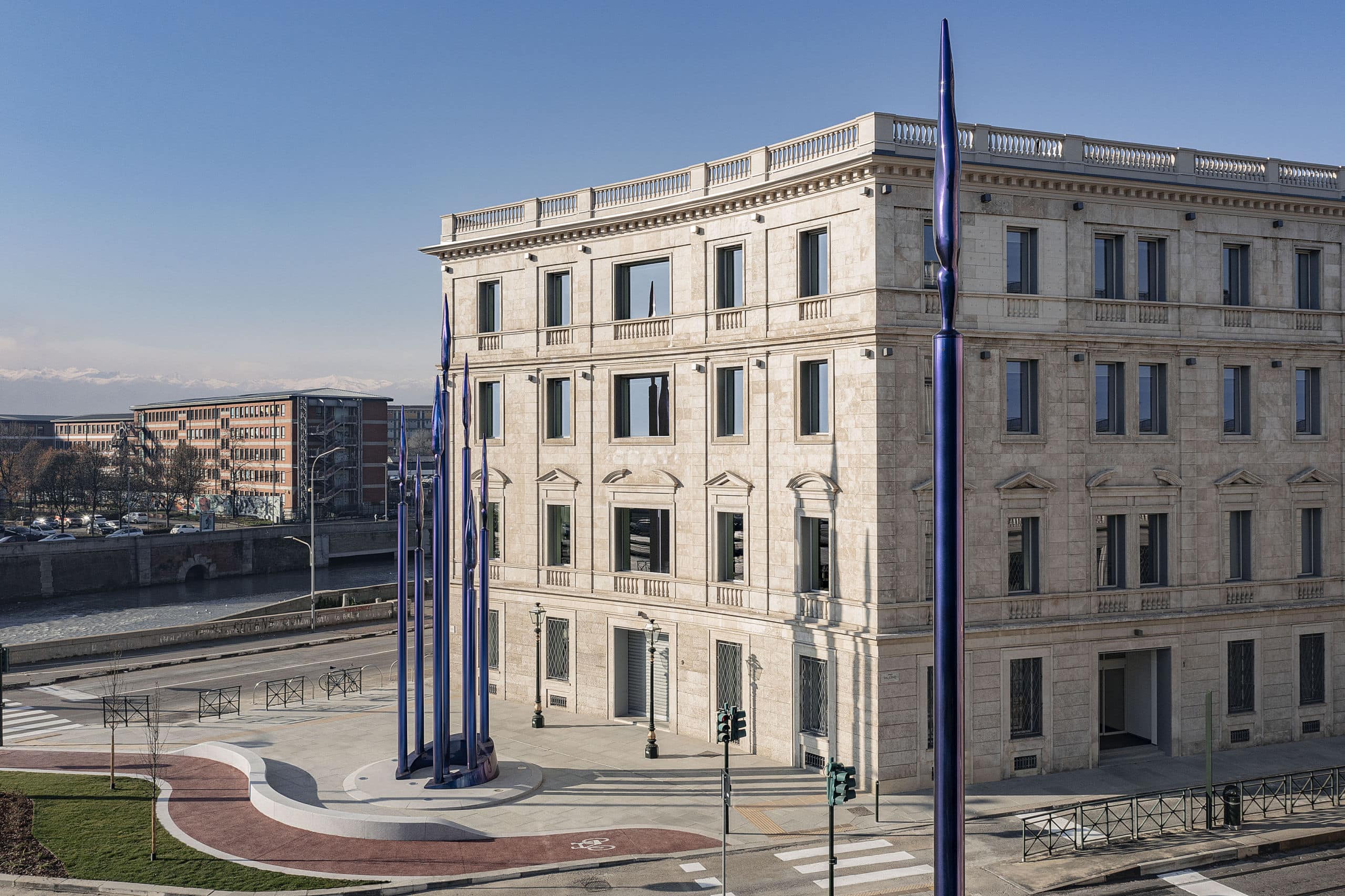 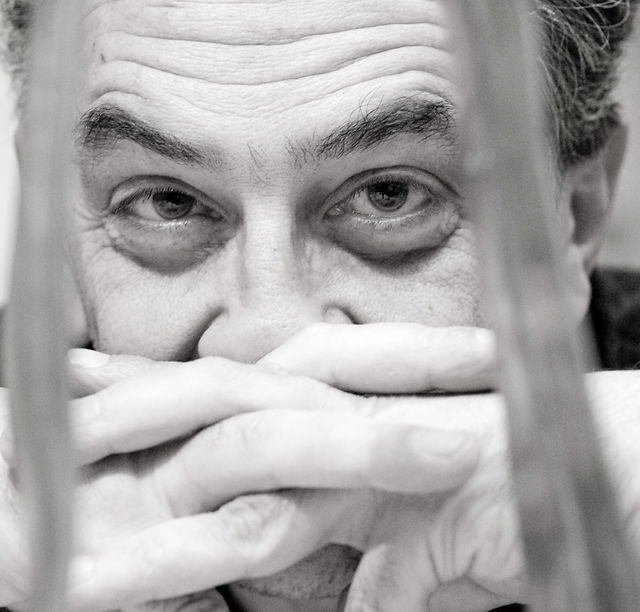 The sculpture is inspired by the flame. The strictly creative part concerns the upper section, the modeling of the figures. The rest was a work of architecture and engineering that had to be integrated with an articulated project involving a public space

The artwork, created for Italgas and for the entire city of Turin, is conceived as a broad installation made up of a sculptural group divided into several elements.

The main group consists of seven columns, as many as the letters that make up the word Italgas. Above these seven human figures resembling anthropomorphic torches are recognizable and create the profile of a burning flame, like the one that for many years represented the image of the company.

Their iridescent blue color, which reinforces the idea of the flame, is obtained with a special paint that continuously changes along with the observation point and the light, and again refers to the continuous movement of the flame.

The seven columns of the main group are fixed on a base in the shape of an Omega letter and form a circle that allows you to ideally welcome and embrace the city in a continuous dialogue between the past and the present, between the history of the Group and the history of Turin. 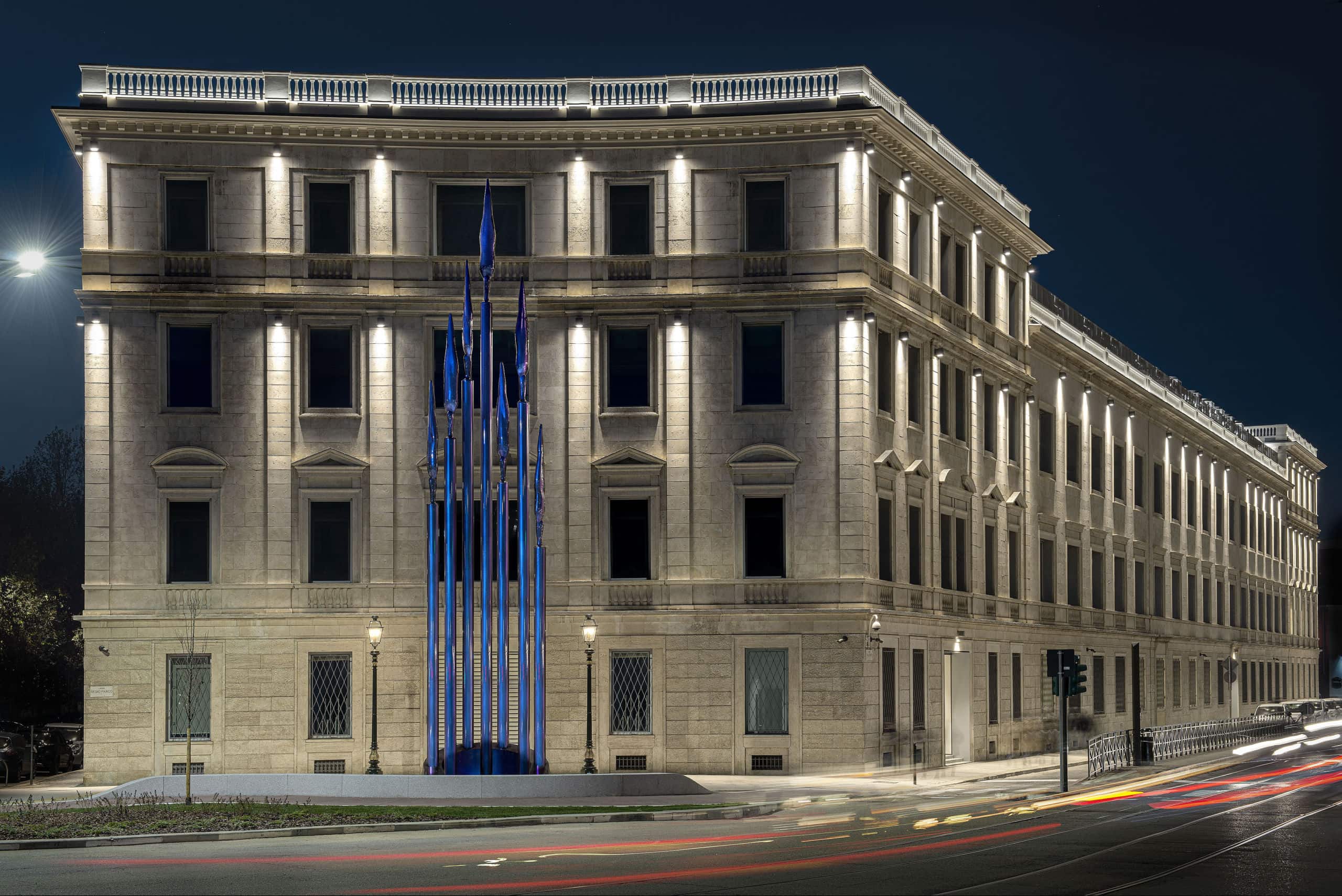