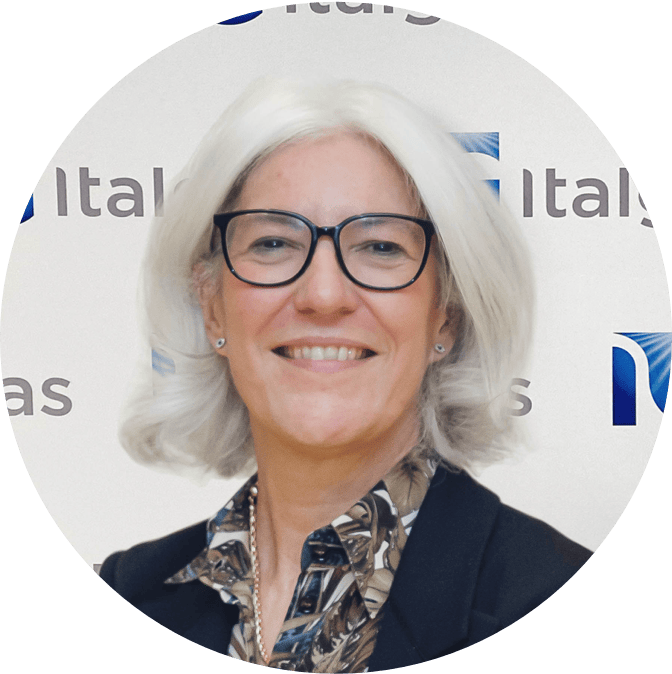 Germana Mentil holds a degree in Law from the Università Cattolica del Sacro Cuore in Milan. In 1998 she registered with the Bar Association and began working with primary international law firms (Gianni Origoni and Allen&Overy) in the M&A, litigation and contract law departments.

In 2002, after specialising in Business Administration at the University of California, Berkeley, she began working as a visiting lawyer with a boutique law firm in San Francisco, supporting international clients in the commercial area and the protection of intellectual property.

In 2004 she joined the legal Department of Piaggio S.p.A., with responsibility for the listing process and the department of corporate affairs and corporate governance. She took part in Group acquisition projects, in Italy and abroad, handled the main compliance issues for H&S, Privacy and 231/01 regulations and was appointed legal representative of the Piaggio Foundation.

In July 2011, she was called to work at  Salvatore Ferragamo, at that time in the process of being listed. She held the position of Corporate Affairs Director with the mandate to supervise the legal and corporate coordination of all the Group’s companies in over 30 countries. Over the years her responsibility increased to cover the Intellectual Property department too, in-sourcing all activities and starting an important fight against forgeries.

In 2016 she was appointed Group General Counsel, leading a team of 12 lawyers in Italy and abroad, and joined the boards of directors of several of the Group’s Italian and foreign subsidiaries. In 2018, she also became a member of the Ethics Committee.

She has been General Counsel at Italgas since September 2022.

View her profile on LinkedIn