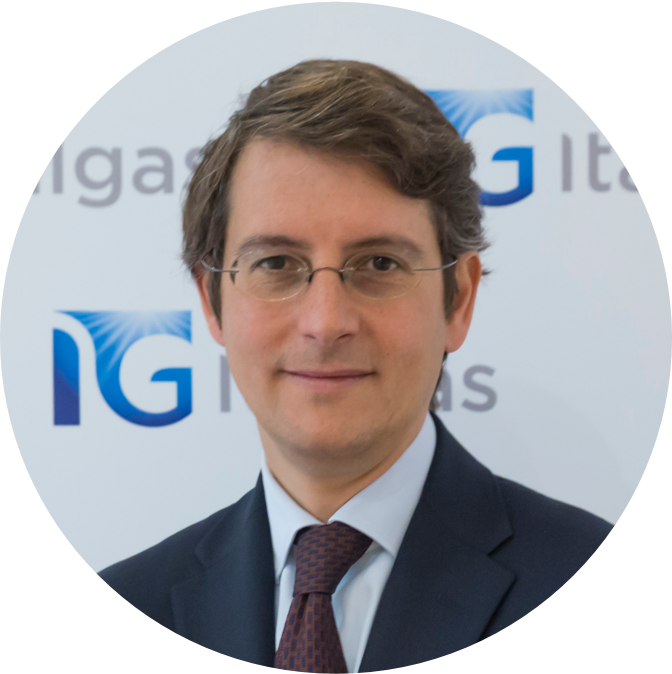 An engineer, since 1995 he has been working in the energy sector where over the years he has gained technical and commercial experience with roles of growing responsibility.

He obtained solid technical skills in the early years of his professional career at several of the top Italian utilities, as Project Manager at Edison S.p.A. from 1995 to 2004 and afterwards, until 2007, as Engineering Department Manager at Edipower S.p.A. In 2008, he joined Sorgenia S.p.A., first as Business Development Manager, experience that then led him inside the company’s business department, where over the span of six years he took over the responsibilities of Head of Customer Management, then Head of Sales & Marketing and, lastly, Head of Commercial Operations & ICT.

He joined Italgas S.p.A. in December 2016 with the role of Partnership Development Manager and contributed toward starting up a pipeline of corporate acquisitions in the gas distribution sector and promoting development of new businesses, in line with the corporate diversification goals such as, for example, the group’s entry into the energy efficiency sector. He has been a member of the Board of Directors of the Italgas group-controlled companies Mediterranea Energia e Ambiente S.p.A. and Seaside S.r.l. since the beginning of 2018.
Starting in May 2018 he has taken over the responsibility of Head of Commercial Development, reporting directly to the CEO of Italgas S.p.A.
Since december 2020 he has been nominated CEO of Italgas Reti.