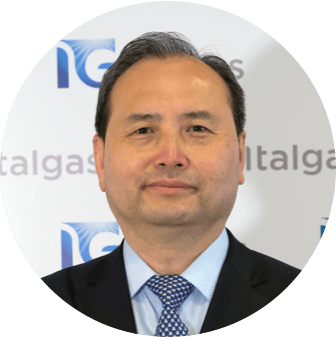 Master’s degree in Management of Technology from the Rensselaer Polytechnic Institute (RPI). Currently he holds the office of Board Director of CDP Reti S.p.A., SNAM S.p.A., Terna S.p.A. and IPTO S.A.( the Transmission System Operator for the Hellenic Electricity Transmission System).

Lastly, he was Head of the Tianjin Binhai Power Company from December 2008 to March 2010 and Chairman of the Tianjin Electric Power Design Institute from June 2000 to January 2002.