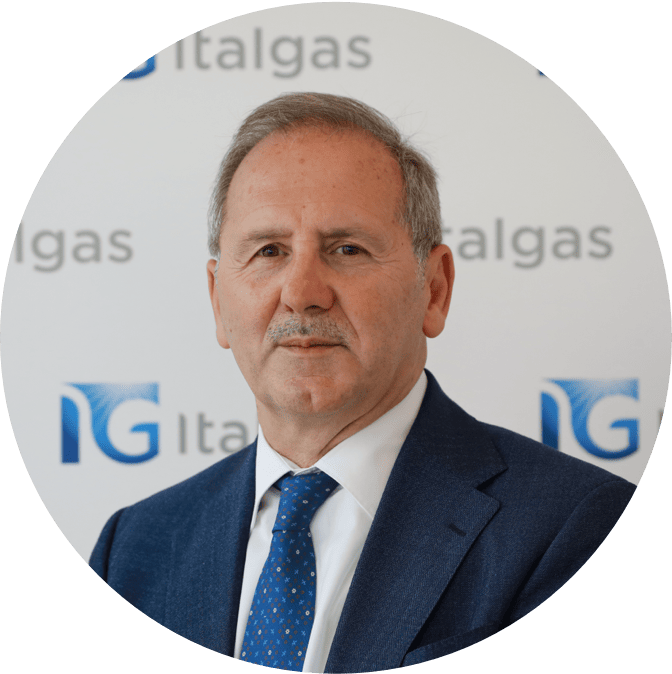 He is a chartered accountant and auditor.

In his first career years, he held top management positions in the finance area of the ENI Group, with responsibility for Management Control, Administration, Taxation, yearly and consolidated Financial Statements and Treasury. In the same period, he was a member of the Board of Directors of several Italian companies active in the Exploration & Production, Gas & Power and renewables sectors.

In 2000 he held the position of CFO of SNAM, with specific responsibilities in managing the impacts arising from the natural gas liberalization process. Moreover, after the unbundling of gas transmission networks, he also took part as team leader in the process to list the gas transmission network under the name Snam Rete Gas on the Milan Stock Exchange and became its CFO (2001- 2007). He also was CFO Italgas S.p.A.
At that time, he also was a Board director of GNL Italia (storage), Director of Napoletana Gas and in minor companies.

Since 2008, he acquired considerable experience internationally: until 2012 he was CFO and Executive Director of GALP, a company based in Lisbon operating in the hydrocarbon sector in more than 20 countries and listed on the Portuguese stock market.

In the period between 2018 and 2021 he performed advisory, strategic planning and corporate governance activities.