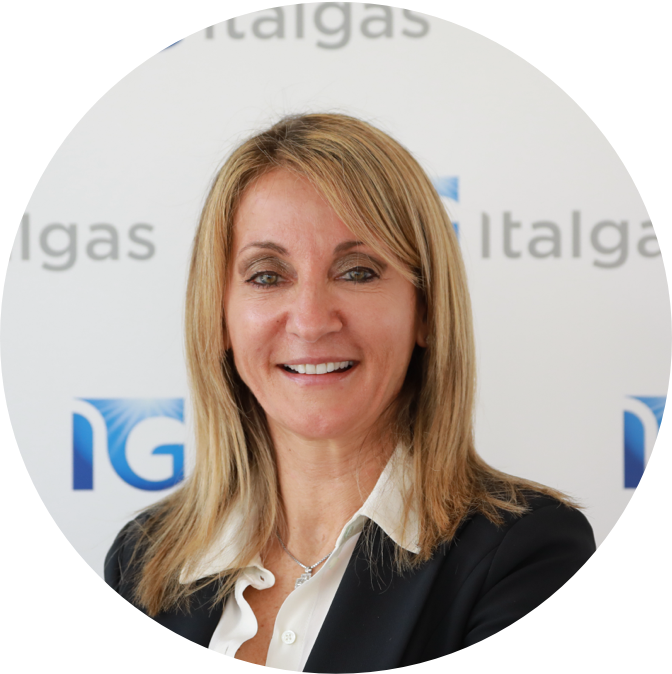 In her first career years, her first position was Application Engineer with responsibility for development and commercial negotiations (1995-1997); she then acquired growing operational, commercial and strategic experience in General Electric S.p.A., as Application Engineer, Project Engineer, US Sales. She was then appointed CEO Analyst, coordinating Program Office activities and reporting directly to the CEO, in the Oil & Gas Division.

In the following years, she held considerably important positions such Marketing & Strategic Alliances Leader (2001-2003) and Sales Executive for the Southern Europe area (2003-2005).

Between 2005 and 2011, she held the position of Operation Executive and was assigned full economic responsibility for the entire process services line and management of a team with varied skills. In the following years, she became General Manager for the Global Sales Service (2011-2013) and then Vice Chairperson of the Turbomachinery Service Operations (2014-2016).

Her career in Baker Hughes began in 2017 as Turbomachinery and Process Solution LNG and Global Service President. In the following year she was appointed Senior Vice President for the Pacific Area, reporting directly to the EVP Global Operations.

Since 2021, she has been Executive Vice President International Engineering, Construction & Solutions of Snam S.p.A (gas transmission), and is a member of important international and institutional bodies in the energy sector.