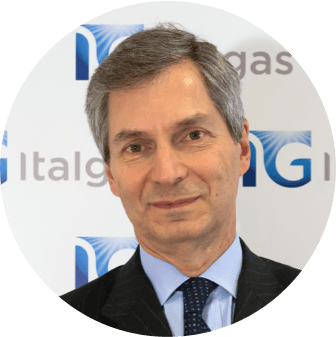 Born in Naples on 12 February 1955. His diplomatic career began in May 1978 (he came first in the competition’s written exams, and second in the oral ones) and ended in August 2020. He has been an Ambasciatore di grado (highest ranking Ambassador) since February 2010. He currently is, since October 2020, Non-Executive Vice President and Independent Director of Pizzarotti & C. S.p.A. and, since April 2020, Independent Director of BNL–BNP Paribas group. He was Italian ambassador to France from January 2013 to January 2018. His previous senior management appointments include: in 2011-2012, Director General for the Directorate General for Global Affairs (multilateral/transversal economic issues as well as bilateral relations with Asia, Sub-Saharan Africa and Latin America); from 2003 to 2010, Director General for Multilateral Economic and Financial Cooperation, with expertise in both relevant international organisations and forums and the internationalization of the Italian system, in particular energy/environment, technology and support for Made in Italy (in this period he was a member of the Board of Directors and of the Executive Committee of SACE, the Management Committee for SIMEST concessions, the ICE Advisory Committee and the Advisory Board of Sviluppo-Italia as well as, internationally, Italian representative to the Governing Board of the International Energy Agency/IEA, the Board of the OECD in the Special Session and a member of the Italian Delegation to the Annual and Spring Meetings of the Monetary Fund and of the World Bank); from 2000 to 2003, he headed the Italian Development Cooperation as Director General (he was also head of the Italian delegation to the EU Council of Ministers for Development, and in 2001 he was Chairman of the G-8 Task Force on Education for Development and Italian representative to the Board of Directors of the Global Fund to Fight AIDS, Tuberculosis and Malaria).
In terms of education, in June 1973 he obtained the Certificat d’Études Politiques at SciencesPo/Paris; in June 1976 he graduated with a Degree in Business and Economics from “La Sapienza” University in Rome (score 110/110 with honours, thesis on foreign direct investments with Prof. Federico Caffé); in June 1977 he obtained a Master’s in Business Administration-MBA at the INSEAD of Fontainebleau; in June 1981 he obtained a mid-career Master’s in Public Administration-MPA at the Harvard Kennedy School of Government (Course Director Prof. Thomas Schelling, who received a Nobel Prize for economics in 2005).

He is the author of articles and papers on international economics, theories and practices of globalisation and European issues, and is a lecturer in Rome at the Scuola Nazionale dell’Amministrazione (National School of Administration) and was the Italian representative on the Board of Directors of the European University Institute of Florence (1998-2003) and of the European Public Law Organisation of Athens (2000-2003).