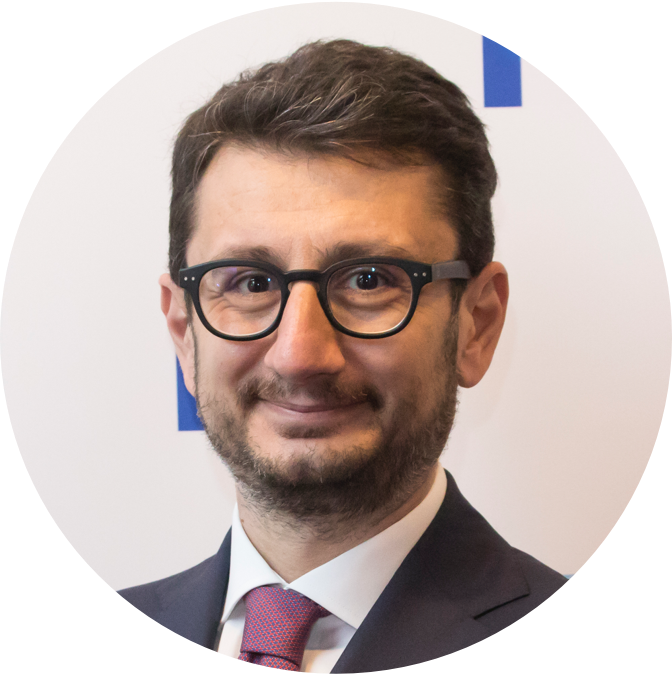 Born in Altamura (BA) in 1976, Nunzio Ferrulli has been Executive Vice President of Institutional and Regulatory Affairs at Italgas S.p.A. since November 2016.

Law graduated from the University La Sapienza in Rome, he is now enrolled on the Executive Master in Management at the London School of Economics. He’s also member of the Faculty of the LUISS Business School for the Executive Course “Public and Institutional Affairs”.

He started his professional career at Edison S.p.A., in the Institutional and Regulatory Affairs Department, dealing with the relationship with the Parliament, until 2011. During his time in Edison, he looked after the relationship with the European Parliament in Bruxelles.
From 2012, he worked for Acea S.p.A., as CEO’s Executive Assistant and Head of International Regulatory Affairs. In this position he also joined various international organizations, such as EurEau (European Association of Europe’s Drinking Water and Waste Water Service Operators) and Ceep (European Centre of Employers and Enterprises providing Public Services).

In 2014 he started working at Philip Morris Italy as Manager Corporate Affairs, dealing with the institutional and regulatory aspects of the tobacco industry. He also took care of the relationship with the stakeholders in the industries where the Company was involved.
After that he went to Grandi Stazioni S.p.A., where he was Head of Public and Regulatory Affairs, managing the relationship with the national institutions and with the Authority of Transport. He supported the board of directors, helping them throughout the process of privatization of the Company.
Since 2017 he has been part of the Italgas Acqua S.p.A. board of directors, and since January 2020 also of Italgas Reti S.p.A.

In addition he is a member of the Presidential Committee of ANIGAS and Confindustria Energia.

Since June 2021 he has been Chairman of Italgas Reti.