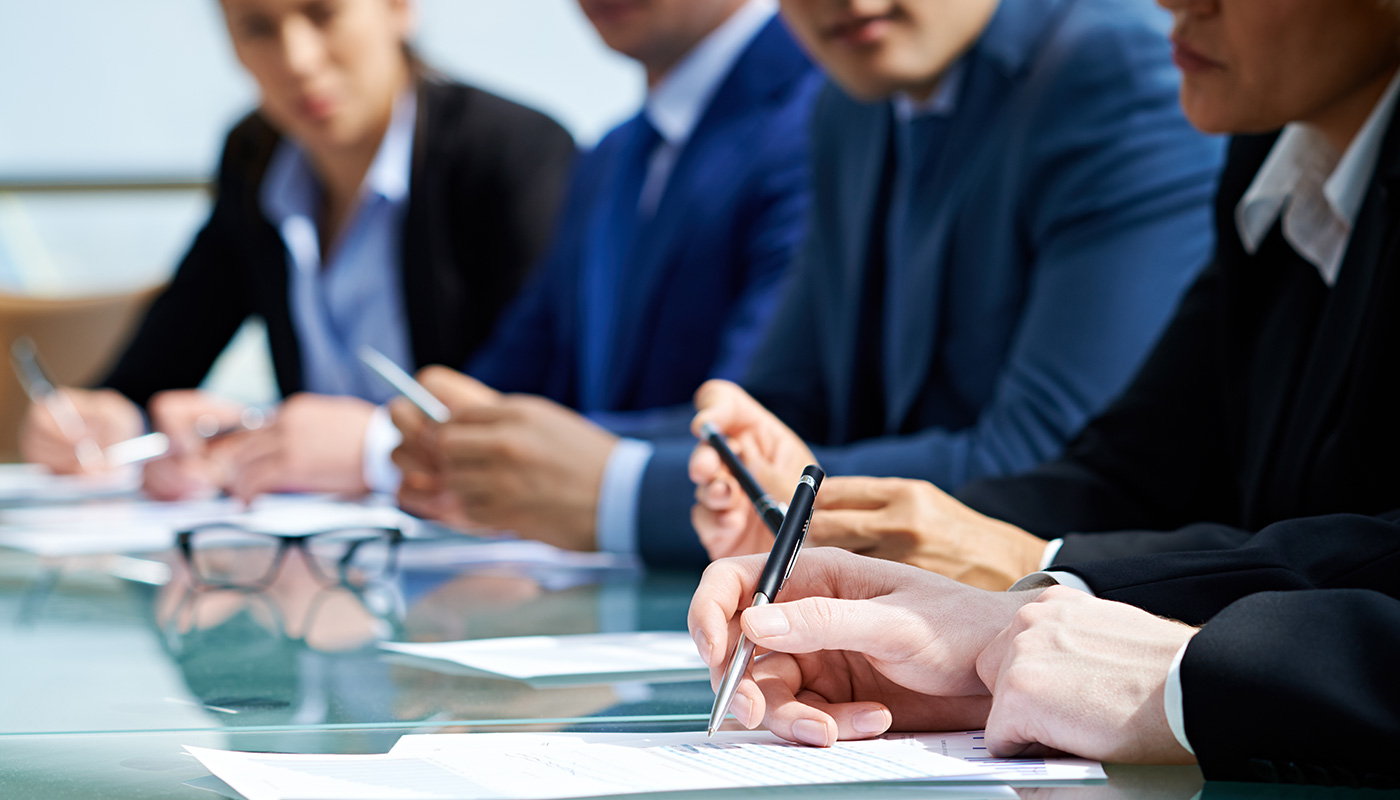 Milan, January 31, 2020 – Today Italgas and A2A have concluded in Milan an agreement for the reciprocal transfer of some assets in order to strengthen their respective core businesses.

The transaction, announced on 8 October 2019, was finalized following the occurrence of the conditions precedent provided for.

The district heating plant at Cologno Monzese consists of a distribution network of over 8 kilometers, serving 52 heat exchange substations with heat sales of approximately 26.1 GWh.

The seven gas distribution networks in the municipalities of Castelnuovo Scrivia, Pecetto di Valenza, Bassignana, Rivarone, Guazzora, Montecastello and Pietra Marazzi cover a total of over 140 kilometres and serve about 4,200 users. 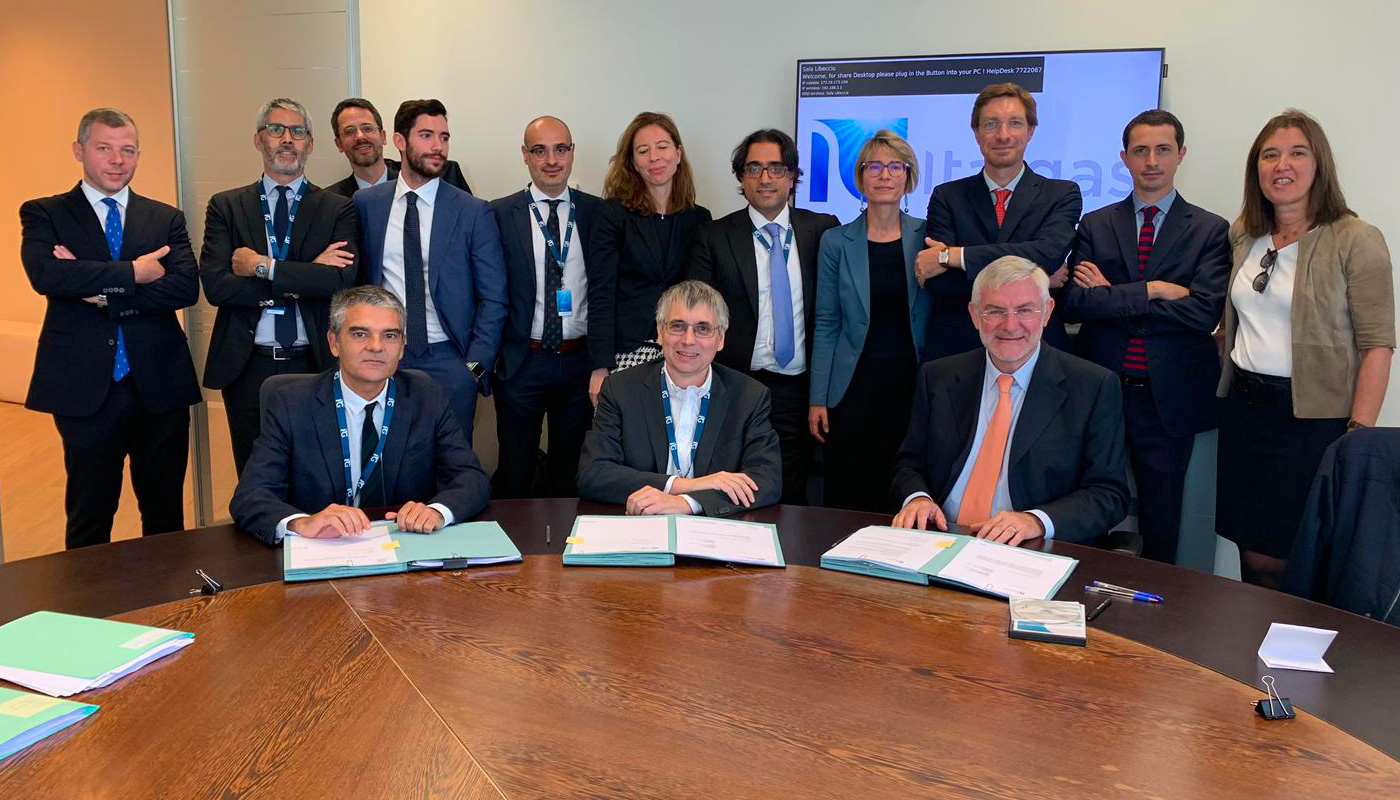 Milan, October 8, 2019 – Italgas and A2A signed yesterday in Milan an agreement for the mutual transfer of some assets in order to strengthen their respective core businesses.

In particular, Italgas Reti (Italgas Group) commits to sell to A2A Calore & Servizi (A2A Group) all the district heating activities currently managed in the municipality of Cologno Monzese (Milan); at the same time, Unareti (A2A Group) will sell to Italgas the natural gas distribution activities managed in seven municipalities in the ATEM Alessandria 4.

The district heating plant at Cologno Monzese consists of a transport and distribution network of over 8 kilometers, serving 52 heat exchange substations with heat sales of approximately 26.1 GWh.

The seven gas distribution networks in the municipalities of Castelnuovo Scrivia, Pecetto di Valenza, Bassignana, Rivarone, Guazzora, Montecastello and Pietra Marazzi cover a total of over 140 kilometres and serve about 4,200 users.

The agreements are expected to be finalised by December 2019 and are subject to the fulfilment of certain conditions precedent.

“The operation allows us to sell a secondary business to the benefit of the Group’s core business – commented Italgas CEO Paolo Gallo – and thanks to the acquisition of a further seven distribution networks, we are strengthening our presence in a historic region such as Piedmont, bringing our market share in ATEM Alessandria 4 to 15%”.

“This agreement represents a step forward consistent with the development and focus choices outlined in our Industrial Plan, a further step in terms of circular economy and sustainability – says Valerio Camerano, CEO of the A2A Group – District heating, of which we are leaders in Italy with over 40 years of experience in the areas of Milan, Brescia and Bergamo, represents a valid response to the protection of the air quality of our cities, to the benefit of citizens and territories”. 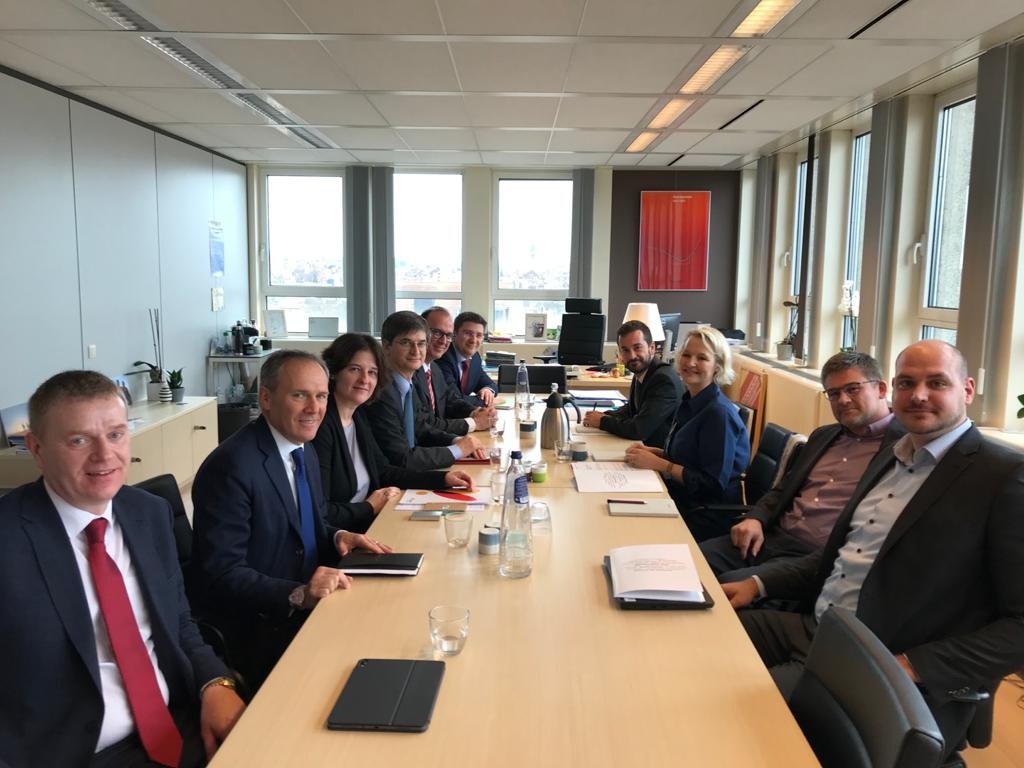 In the morning, during a meeting with the European Commission’s DG Energy, Ditte Juul Jørgensen, the six CEOs stressed the importance of technological innovation and digitisation of gas networks in the decarbonisation processes in Europe

Brussels, 30 January 2020 – The Annual General Assembly of GD4S, the body that brings together the six largest gas distribution operators in Europe, has appointed Paolo Gallo (Italgas) President of the Association for 2020.

Italgas is the most important operator in Italy and the third in Europe. With its 4,000 people, it operates a distribution network that covers a total of over 70,000 kilometres through which, over the past year, it has distributed around 9 billion cubic metres of gas to 7.6 million customers. It is listed on the Italian stock market in the FTSE MIB index of Borsa Italiana. Paolo Gallo has been CEO of the company since August 2016.

During the meeting, DG Jørgensen recognised the importance of the role of gas in the process of transition to a de-carbonised economy and the potential of biomethane and hydrogen distributed through gas networks. She also underlined her management’s commitment to the development of initiatives in this direction and committed to working with GD4S as part of the ongoing energy transition processes.

Two other meetings are also on the CEOs’ agenda today: with Aleksandra Tomczak, member of the cabinet of Frans Timmermans, Vice President of the European Commission, and with Kitti Nyitrai, from the staff of Kadri Simson, European Commissioner for Energy. On both occasions, members of the association reaffirmed their intention to support climate-changing emissions reduction targets, in line with the European Green Deal and the National Energy and Climate Plans (NECPs) currently being approved.

At the end of the day, Paolo Gallo announced Italgas’ willingness to make its Digital Factory available to GD4S members and to share the results of ongoing experiments on the most advanced technologies adopted by the company.

GD4S – Gas Distributors for Sustainability, based in Brussels, was founded in January 2019. As an association, it is committed to decarbonising the European energy system by 2050 and unlocking the potential of renewable gas and gas networks. Together, the six members of GD4S serve 27.4 million customers, or 20% of the EU gas market. 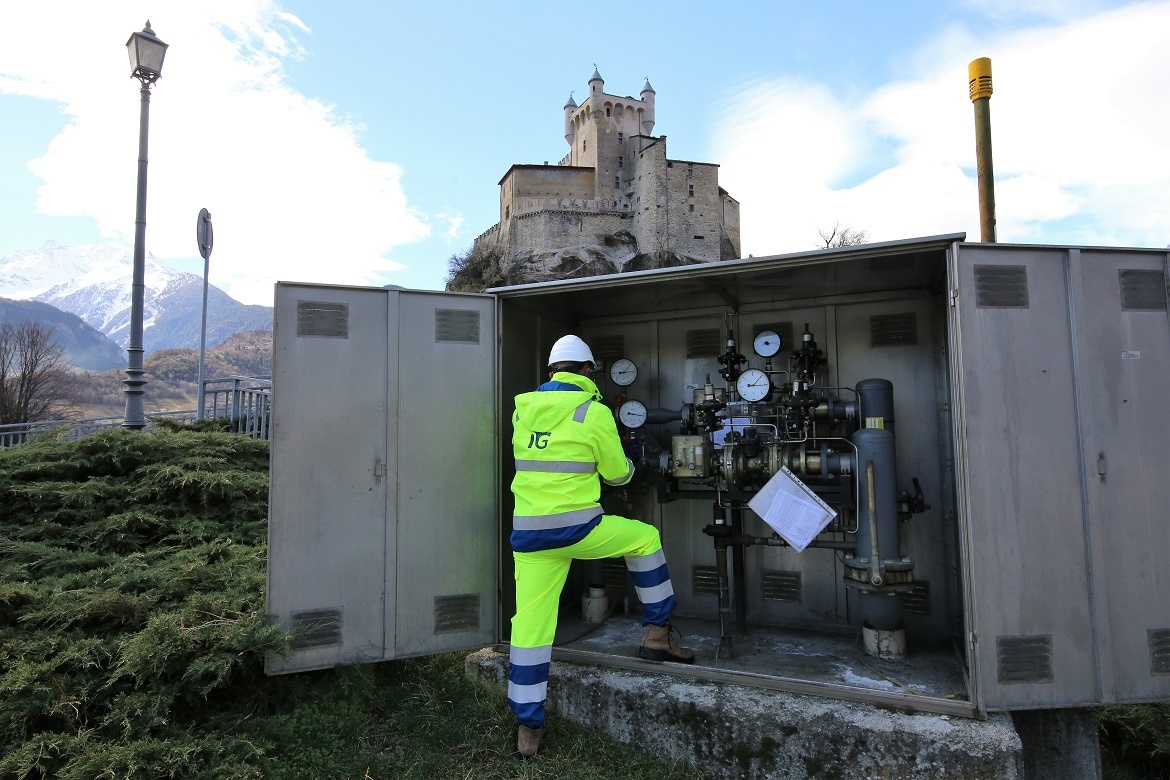 The area consists of 74 municipalities, 24 of which are currently supplied with natural gas for a total of 20 thousand users. Planned investments of approximately 100 million euros will make it possible to extend the service to 17 new municipalities, doubling the number of users

Aosta, 2 January 2020 – The Aosta contracting station has officially awarded Italgas the tender for the management of the natural gas distribution service in the “Valle d’Aosta” district for the next 12 years.
The area consists of 74 municipalities, 24 of which are currently supplied with natural gas (served by about 350 km of networks), for a total of 20 thousand end users and a RAB of over 40 million euros.

In the offer presented, Italgas has planned investments of approximately 100 million euro aimed at extending the networks to areas not yet reached by the service, upgrading and digitizing existing infrastructures, and further boosting the quality and safety of the service.

These investments will generate a strong stimulus for the local economy, with positive fall out also in terms of employment, and the extension of the service to new areas will also guarantee significant savings in bills and a significant reduction in polluting emissions.

Among the measures provided for in Italgas’ plans:

Italgas’ offer has enabled it to outperform the competition of two other operators in the sector, achieving a significant advantage in the overall score. With particular reference to the technical offer, an important contribution was provided by the important technological innovation measures, in line with the development guidelines of the Group’s Industrial Plan which has allowed Italgas to further consolidate its leadership in Italy and Europe.

“After the Turin 2 Area – commented Italgas’ CEO Paolo Gallo – we have further confirmation in a territory with strong and historical roots for Italgas such as the Aosta Valley. A result that testifies to the goodness of the work carried out and that allows us not only to give continuity to the management of the service in the territory, but also to carry out the important investment programs planned to develop the service also in those areas not yet reached by natural gas and the complete digitalization of the infrastructures for an increasingly efficient and safer service”.