Milan, 28 December 2018 – Italgas has signed today a binding agreement for the purchase from the Conscoop group of shareholdings and business units including 19 concessions for gas distribution and over 50,000 redelivery points concentrated in the Centre-South of the country and in Sardinia.

The agreement is related to:

The total evaluation of these acquisitions (enterprise value) has been established at about EUR 68.6 million. At the closing of the transaction, the price will be paid in full in cash, net of debt.

In addition, Italgas will acquire 10% of the share capital of Isgastrentatrè S.p.A., owner of the concession for the distribution of gas in Basin 33 of Sardinia, which belongs to the Municipality of Quartu Sant’Elena (CA), with 600 already active redelivery points out of the 18,500 potential users currently served with LPG.

The agreements for the acquisition of Isgastrentatrè also provide for the commitment to take over the remaining 90% if certain conditions are satisfied, including the conversion to natural gas of the network currently fuelled by LPG with the specification that, if the conditions are not met, Italgas is entitled to resell and Conscoop is obliged to repurchase the 10% stake at the same price (equal to Euro 300,000).

The completion of the individual operations described above is expected by the end of the first half of 2019 and is subject to the fulfilment of certain conditions precedent, including the obtaining of the required authorisations for the transfer of concessions.

“We close the year with another important transaction that allows us to fully achieve the target set by the Strategic Plan in terms of acquisition of new users for 2018. Considering the 140,000 redelivery points already acquired between 2017 and 2018 and the 50,000 of today’s transaction, we are in the right direction to aim to reach the 250,000 new users by 2019. The 19 new concessions allow us to further consolidate our leadership in the sector and our presence in important areas of the country. We continue to invest in Sardinia, where we are playing a key role in the creation of modern energy infrastructures that will be the precondition for the sustainable development of the territory”.

The certification, which was established on a voluntary basis and issued by the independent body DNV-GL, required a long and thorough audit process of the management system for the prevention and contrast of corruption, which recognized the solidity of a business model inspired by the principles of integrity, sustainability and transparency towards all stakeholders.

Italgas’ CEO, Paolo Gallo, commented on obtaining the certification, noting that “for a company that operates in more than 1,700 municipalities and with 7.5 million users served, the fight against corruption must be an unavoidable element of daily activity. And this certification represents a further confirmation of the Italgas Group’s commitment to supporting legality and transparency in the performance of all operational activities and a demonstration of great responsibility towards the market and all stakeholders”.

Cittaducale (Rieti), December 20, 2018 – The first computer room with 25 computers donated by Italgas is now available to the students of the Galilei Comprehensive Institute of Cittaducale. It is the result of Italgas’ commitment to support schools in the municipalities of central Italy affected by the earthquake just a few days after signing the agreement with the Government’s Extraordinary Commissioner for the earthquake in central Italy.

Today another 165 computers – of the 1,500 destined for the most affected territories in the Abruzzo, Lazio, Marche and Umbria regions – have been delivered to the Territorial School Office in Rieti, which will assign them to the institutes already identified for the creation of new computer classrooms.

The meeting with the students was attended by the Extraordinary Commissioner of the Government, Piero Farabollini and the Head of Institutional Relations and Regulatory Affairs of Italgas, Nunzio Ferrulli, as well as the Mayor of Cittaducale, Leonardo Ranalli, the Deputy Mayor of Cantalice, Claudio Baldini, and the manager of the Regional School Office of the Province of Rieti, Giovanni Lorenzini.

In the coming weeks Italgas and the structure of the Extraordinary Commissioner, in collaboration with the Regional School Offices and the mayors of the municipalities in the area, will identify the other schools that will receive personal computers.

“Donating computer classrooms is a concrete way, in line with the sensitivity and expectations of young people, to contribute to the return to normality which is made of memory as well as perspectives – says the Commissioner for Reconstruction Piero Farabollini – These PCs are not a drop in the ocean because they will not only bring the children of the earthquake areas back in contact with the world, but also to give adequate technological support to that knowledge without which one does not become great”.

For the Italgas Group, the activity is part of the wider framework of interventions that the company, in its bicentennial history, has always addressed to the territories and communities in which it operates. In fact, in the four regions affected by the initiative, Italgas has planned investments of over 120 million euros for the maintenance and safety of gas distribution networks.

“For those who have experienced the drama of an earthquake – commented Italgas CEO Paolo Gallo – the time factor is a determining factor. For this reason, just as we have always worked to mitigate the inconvenience caused by seismic tremors, this time too, with the delivery of these first 190 computers, we wanted to give a concrete follow-up to the commitment made. As a service company operating in and for the territory, we want to do our part to continue to contribute to the growth and social and cultural development of communities. Today we start from the Galilei Institute and we count on proceeding just as quickly for the schools of the other municipalities involved”.

Rome, December 5, 2018 – Italgas signed today, during a press conference held at the Chamber of Deputies, an agreement with the Government’s Extraordinary Commissioner for the earthquake in Central Italy to donate 1,500 computers to secondary schools in the earthquake-stricken municipalities of Abruzzo, Lazio, Marche and Umbria,

At the signing of the deed between the Extraordinary Commissioner, Piero Farabollini, and the CEO of Italgas, Paolo Gallo, the Hon. Tullio Patassini, deputy from the Marche region, and the Deputy Vice President of ANCI, Hon. Roberto Pella.

In the coming weeks Italgas and the Commissarial structure, in collaboration with the mayors of the municipalities in the area, will identify the schools that will receive the personal computers.

The Italgas Group has always been close to the territory and, since the beginning of its industrial history, has contributed to the growth and social and cultural development of the communities in which it operates.

The initiative signed today is in fact the first step of a wider plan aimed at local realities that will start next year and will involve the municipalities in which the Group operates. Moreover, in the areas affected by the earthquake, in addition to what has already been done in previous years, Italgas plans to invest over 120 million euros in the maintenance and safety of gas distribution networks, especially with a view to preventing the consequences of earthquakes.

“The document signed today – commented Italgas CEO Paolo Gallo – is a testimony to the great attention we have always paid to the local communities in which we operate. In the municipalities affected by the earthquakes we have been working from the outset to contain the difficulties resulting from the seismic tremors. The work carried out in Ussita, Camerino and many other municipalities has allowed citizens to get gas back into their homes as quickly as possible, reducing inconvenience to a minimum. By donating these computers we will contribute to the creation of computer classrooms in the schools of those territories, thus offering a concrete tool to boys and girls who legitimately aspire to the right level of training without being forced to long transfers to attend the equipped schools of the neighboring regions”.

“The earthquake not only crumbles places but also identities,”stressed the Government’s Extraordinary Commissioner, Piero Farabollini. “To rebuild, therefore, is also to regenerate the sociality and prospects of our communities in the Apennines, which have been the cradle of civilisation and the civil and moral history of Italy. Through the Italgas donation, the synthesis between memory and the future is realized for thousands of young people and their families. It does so through the medium that connects par excellence and that we want to consider as a symbol of that network made up of technicians, administrators, politicians and companies that embody the will to do and do well so that the children who will be connected to the world with these tools will remain deeply connected to their mother earth”. 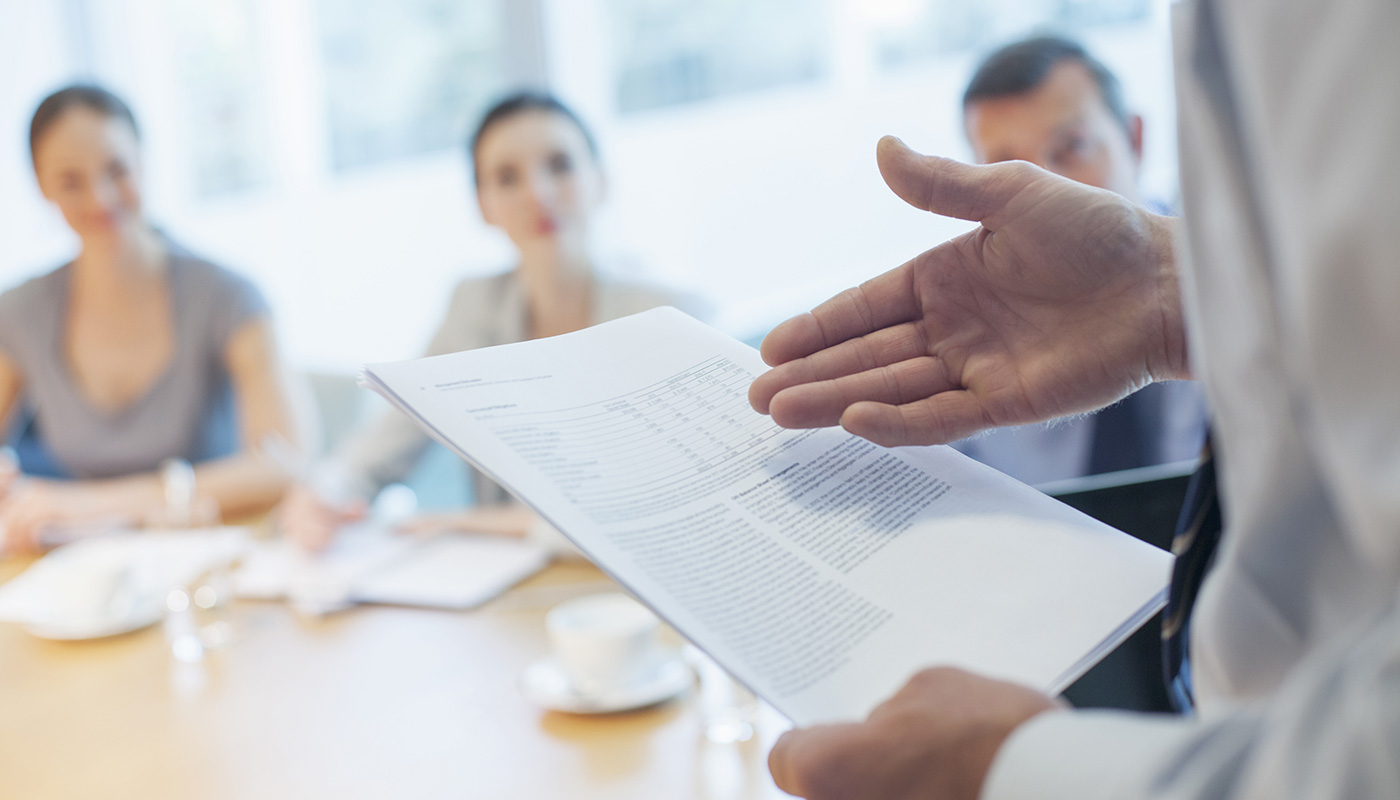 Milan, 3 December 2018 –  Italgas completes the M&A transaction announced on last June 22nd, in line with the objectives of market consolidation through targeted acquisitions as indicated in the 2018-2024 Strategic Plan.

The transaction finalized consists in the acquisition from CPL Concordia of the following shareholdings:

The agreement for the acquisition of EGN also provides for put-and-call options on CPL Concordia’s remaining 40% stake in EGN, exercisable starting from the sixth month after the closing date at a pre-determined price equal to 40% of EGN’s valuation, less any dividends paid and/or losses not covered by the shareholders.