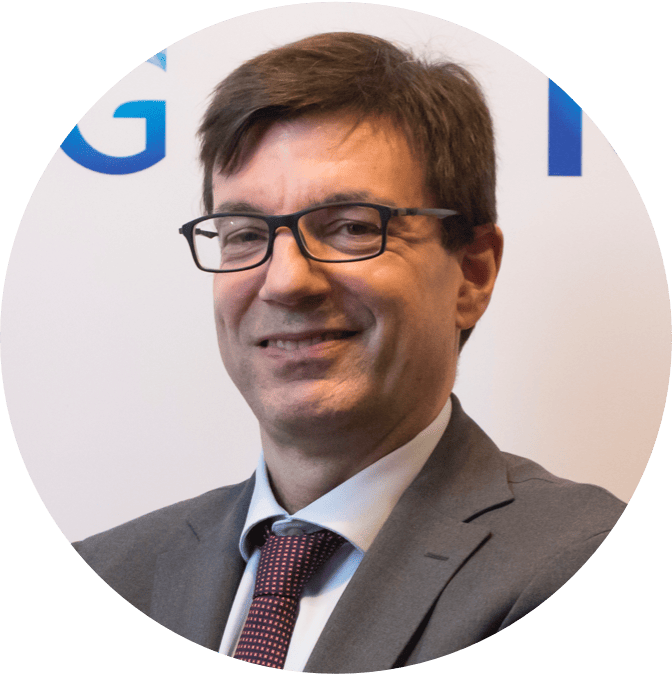 Gianfranco Amoroso graduated in 1992 from Bocconi University, is a Chartered Accountant (Register of Milan) and Auditor.
He started working at Mediobanca S.p.A. in 1994 and held various roles, up to taking on the position of Managing Director, with responsibility for the Energy and Utilities sector, maintaining the supervision and responsibility of the execution of the main merger and acquisition operations in the Energy sector in Italy.

In July 2013 he began his professional career at Snam S.p.A. and held the position of Finance Director with full responsibility covering areas of finance banks, debt capital market, group treasury, M&A and Insurance. He supported the Group’s international strategy with the start-up of the M&A Finance unit, with direct responsibility for the acquisition of the stake in TAG sold by CDP, and with a direct involvement in all the group’s major M&A projects (most recently the acquisition of the stake in Austria’s GAS CONNECT GmbH).

From November 2016 he joined Italgas after following the latter’s split from Snam and the simultaneous listing on the Stock Exchange and from May 2018 he took over the position of Head of Finance, Planning and Control and M&A, following the execution of the refinancing on the debt capital market of the entire debt to the former parent company Snam, as well as taking care of more than ten M&A operations carried out during the first 24 months.